The Evolution of Music Storage
In this section, we will see how much information is changed or lost when we compress an audio file!

​Using a kazoo, we first recorded a Happy Birthday tune on the kazoo which was saved as a 128kbps MP3 file of 336KB. 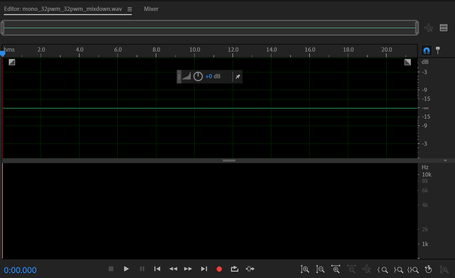 First, let’s see a case where the two files are identical. Simply comparing the 32kbps file with itself, we see a flat silent waveform. If I play it, I don’t hear anything.
​ 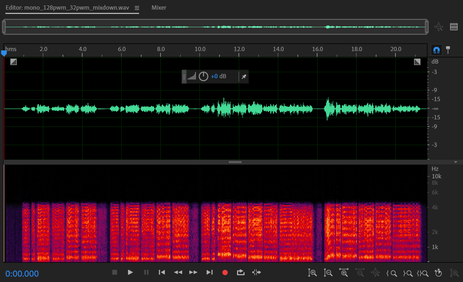 ​Now, let’s compare the 128kbps file with the 32kbps file. When we do that, we see that there is quite a bit of data here. If the files were similar, we wouldn’t see this much data. This is the amount of data missing in the 32kbps file. 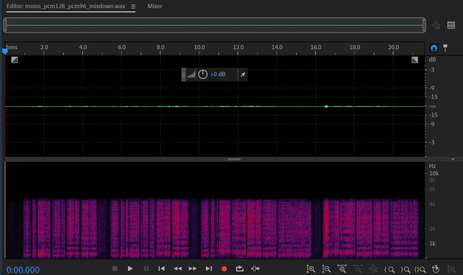 Now, comparing the 128kbps and 96kbps files, we see that the data here is much less. This is because less data is lost here when we compress the 128kbps file to 96kbps as opposed to when we compress it to 32kbps. Again, if the files were similar, we wouldn’t see even this much data.
Powered by